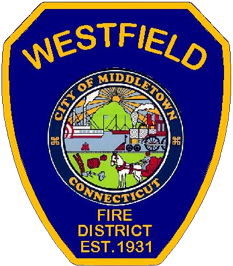 Be it enacted by the Senate and House of Representatives in General Assembly convened:

Section 1. All electors of the city of Middletown dwelling within that portion of said city comprised of that area bounded northerly by the Middletown Town Line; westerly by the Middletown Town Line; southerly by Washington Street where the said Washington Street lies within the confines of the Town of Middletown, State Route 6A where the said State Route 6A lies within or on the Town Line of the Town of Middletown, the Town Line of the Town of Middletown easterly by a line which runs northerly along Camp Street and then easterly on Westfield Street and then northerly along West Swamp Brook to Mile Lane and then westerly along Mile Lane and then northerly and northwesterly along Ridgewood Road to East Street and then northerly along East Street to the Middletown Town Line, this area is also to include land and buildings three hundred (300) feed east of Camp Street, Ridgewood Road and East Street where said streets constitute the easterly bound of the above described land, are constituted, ordained and declared forever, a body politic and corporate by the name Westfield Fire District of the City of Middletown, and by that name they and their successors shall have perpetual succession, and shall be a person in law capable of suing and being sued in all courts and of purchasing, holding and conveying any estate, real or personal, and may have a common seal, and may change and alter the same at its pleasure.

Sec. 5. Any clerk, treasurer or tax collector appointed by said commission, before entering upon the duties of his office, shall be sworn to a faithful discharge of the duties of such office, in the form of general oaths prescribed by the statutes of this state, before some officer by law authorized to administer oaths; and the treasurer and collector shall, before entering upon their duties, give bond with surety to the acceptance of said commission, conditioned for the faithful discharge of the duties of their offices.

Sec. 7. The annual meeting of said fire district shall be held on the first Tuesday of February in each year, and at such place and hour as may be designated in the notice of such meeting, which notice shall be given by publicly advertising the call of said meeting in a local daily paper, and if deemed advisable, in other papers. Such advertisement shall be placed no less than five days nor more than ten days before the date of such meeting. Special meetings may be called and held in such manner as the by-laws of said fire district may prescribe.

Sec. 10. All inhabitants living within the limits of the fire district for six months and qualified as electors of the City of Middletown shall be legal voters and members of the said fire district.

Sec. 11. This act shall take effect upon its approval by a meeting of the electors of said fire district duly warned and called for that purpose, said call to be made by the present board of directors of the Westfield Volunteer Fire Department, Inc., which is a body politic and corporate under the laws of the state of Connecticut. The notice of the meeting provided for in this section shall be published twice in a local daily paper, with the first publication no earlier than ten days before said meeting. Said meeting shall take place no later than two years from the date of the passage of this act.

Westfield Volunteer Fire Department is proud to continue in the tradition of our founders and serve the Westfield District community.